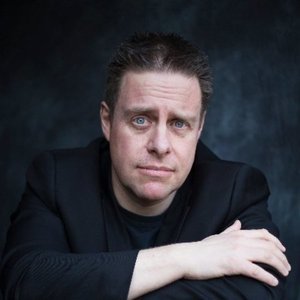 Paul Cornell is a novelist, comics writer, and television screenwriter. Listeners of this show will most likely know him from one of his many Doctor Who novels and comics, or from his writing three televised episodes of Doctor Who: "Father's Day" (2005) and "Human Nature"/"The Family of Blood" (2007).

Paul's current and upcoming comic writing includes the "heartfelt horror" series I Walk With Monsters from comic publisher The Vault, and another new series The Modern Frankenstein will be launching in April, from Magma Comix.

You can also hear Paul talk about the Hammer Horror films with past Moment guest Lizbeth Myles, over on the Hammer House of Podcast.

You can find more about Paul's work at www.paulcornell.com or by signing up for his newsletter here, and you can follow him on Twitter at @Paul_Cornell.